Article may contain Amazon & affiliate links. As an Amazon Associate I earn from qualifying purchases at no additional cost to you

This baked pears recipe only uses four ingredients and is a sweet and easy breakfast or dessert idea! Serve these delicious baked pears with honey, pecans & cinnamon from the oven by themselves or with a spoonful of yogurt or a scoop of ice cream. 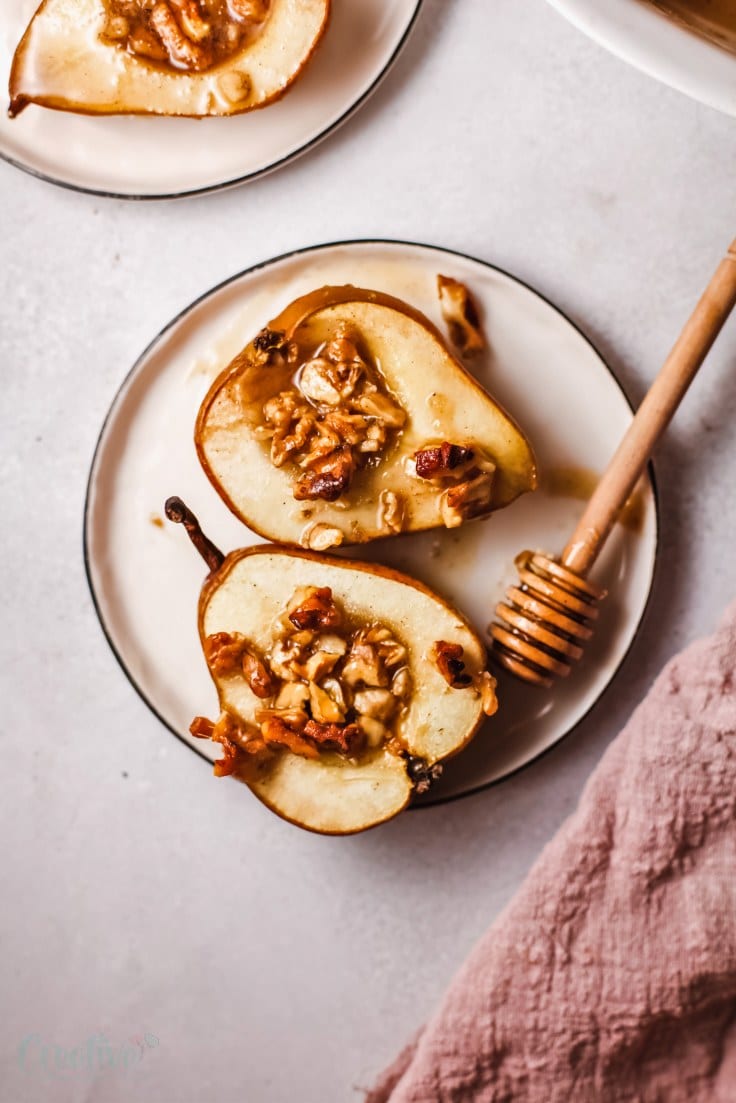 This baked pears recipe may seem simple, but don’t let that fool you! These cinnamon baked pears are incredibly tasty! Honestly, baking them is probably the best way to enjoy these fruits because they become soft and buttery like and all their delicious flavors really pop out!

The other great thing about making baked pears? Your fruit doesn’t need to be in their prime point to be delicious. You can use pears that are a bit unripe or that are just about to go bad, this cooking method is truly forgiving.

Oh and they are so easy to make! If you can pour some honey then you can make these baked pears. And they are going to come out delicious I can guarantee that. 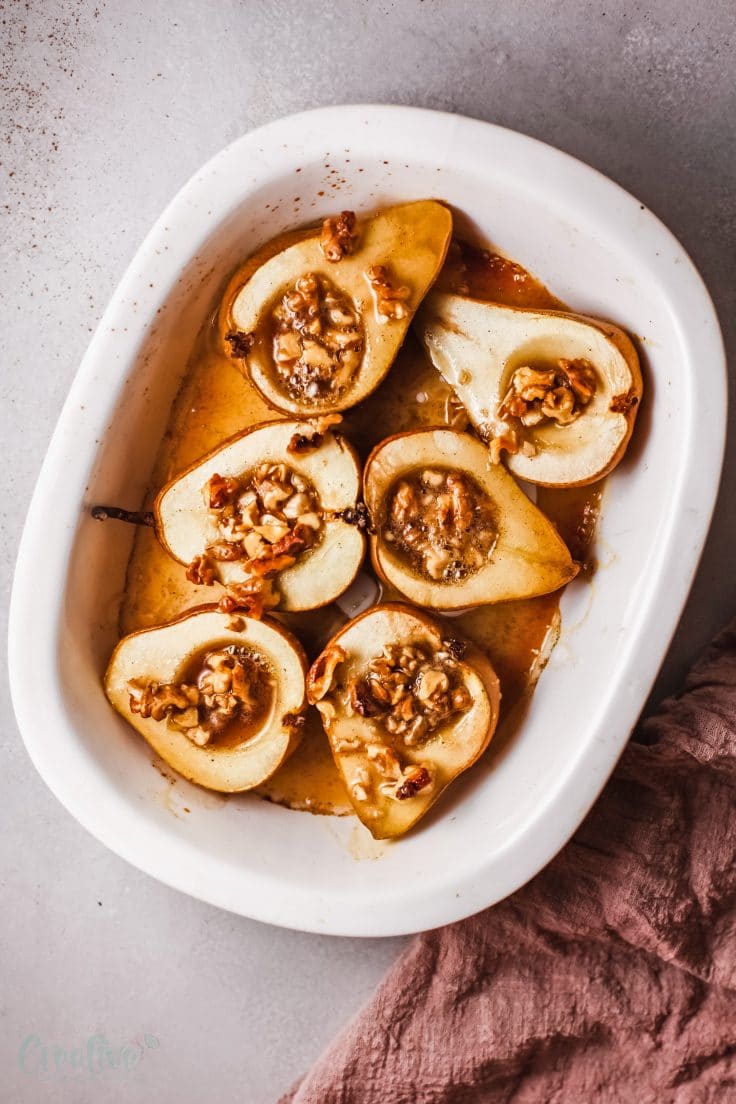 Other fruit desserts you will love:

How do you serve this baked pears recipe?

I love to serve this dessert like in the pictures. Cut lengthwise with the flesh side up. They are rustic and beautiful on their own!

However you can dice the pears instead and bake them in tiny ramekins. That’s better if you want to serve them for kids that will love eating them with their hands. 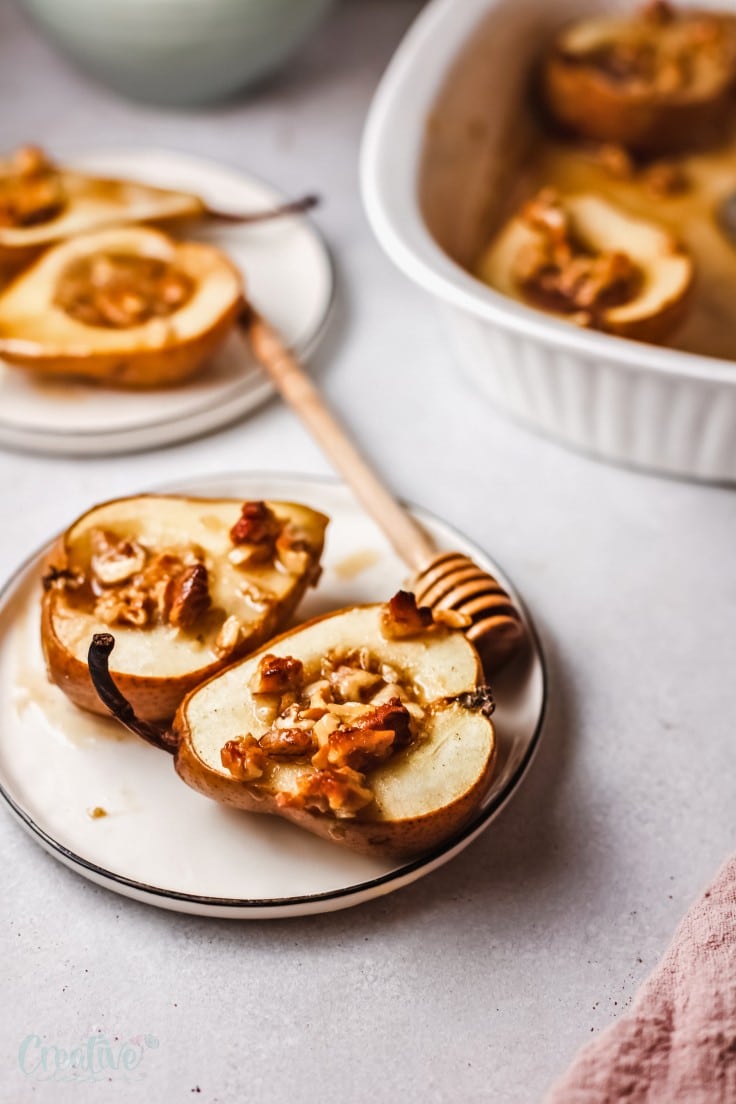 What do you serve with baked pears?

Baked pears are amazing on their own! Thanks to the baking time they get infused with all the cinnamon and honey flavors will slightly caramelizing on top. Oh, my! The pecans also give them that little crunch that makes it more interesting. Needless to say I love to serve them as is. Nothing extra added.

However here are a couple of delicious pairing:

Save this recipe for later, I’m sure it will come out handy. 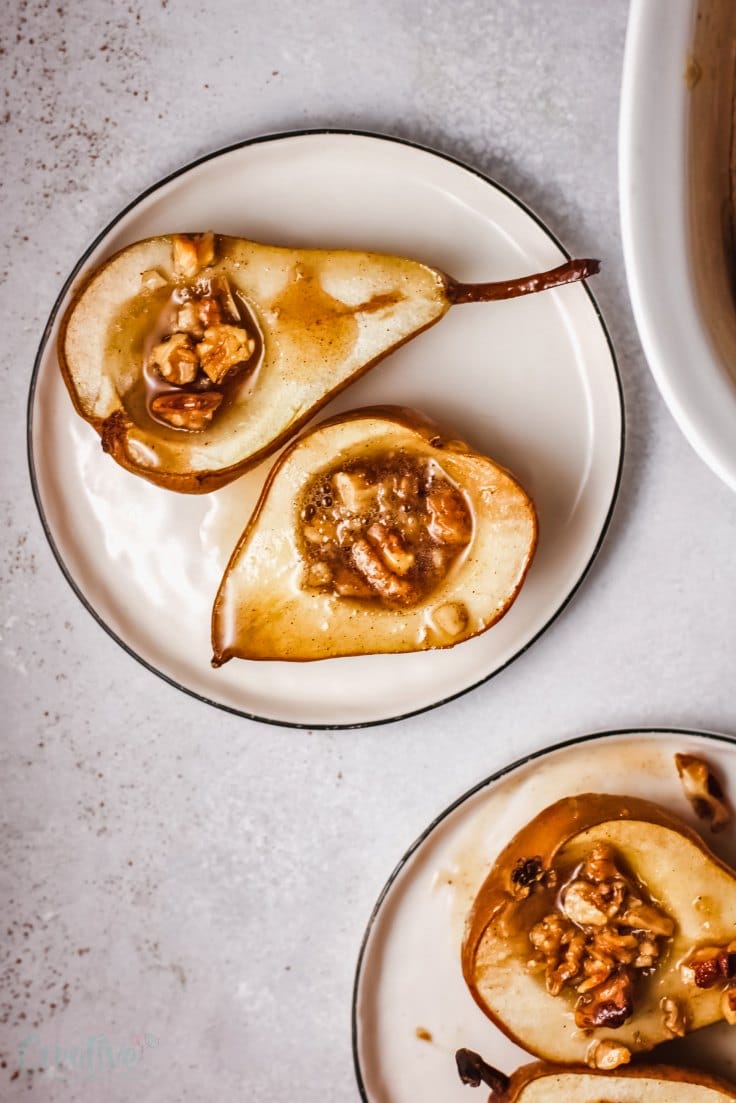 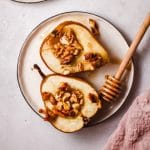 What temperature do you set the oven?

Hi, Phyllis! So sorry for the oversight! temp would be 350F