These caramel apple cinnamon rolls are soft, fluffy and stuffed with warm spiced apples and a generous spread of salted caramel. Make a large batch of these buttery, bakery-style cinnamon rolls, they are the ultimate winter treat!

Caramel apple cinnamon rolls taste just like winter food should taste: warm, comforting, indulgent and just a bit spicy! It doesn’t matter that it doesn’t feel like winter where you live, all the winter feelings will come on knocking when you try them.

These apple cinnamon rolls are so good and so easy to do I shouldn’t even write a post about them, just let you get to the recipe as quickly as possible because you need them in your life, like right now! 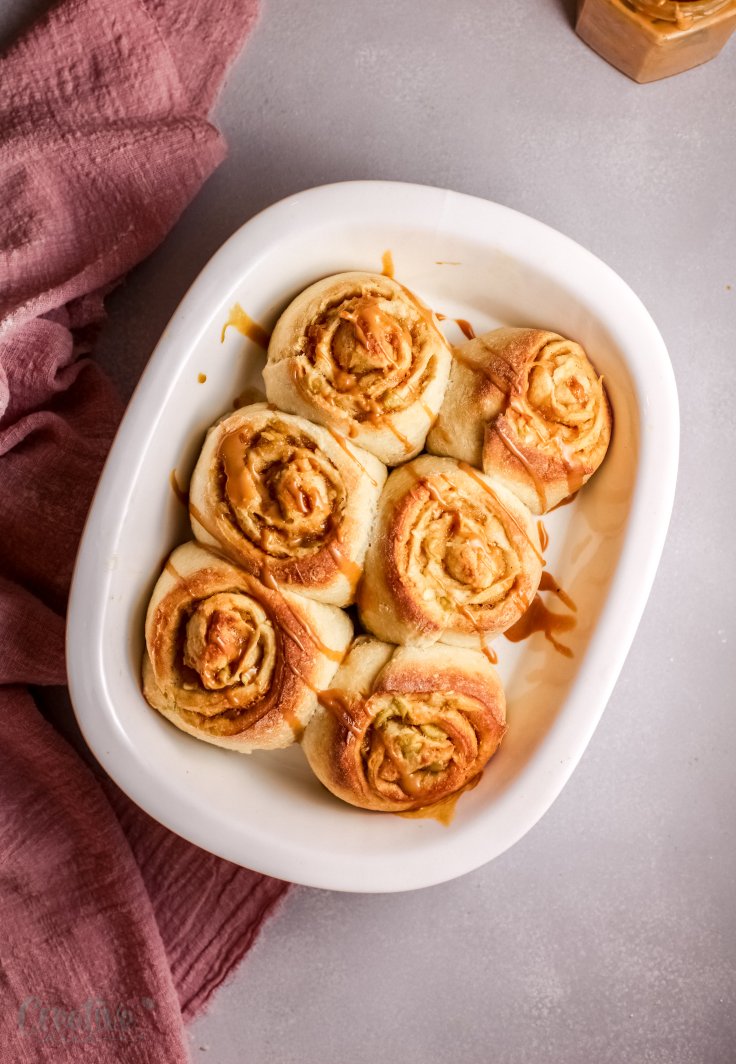 3 quick things you should know about these apple cinnamon buns 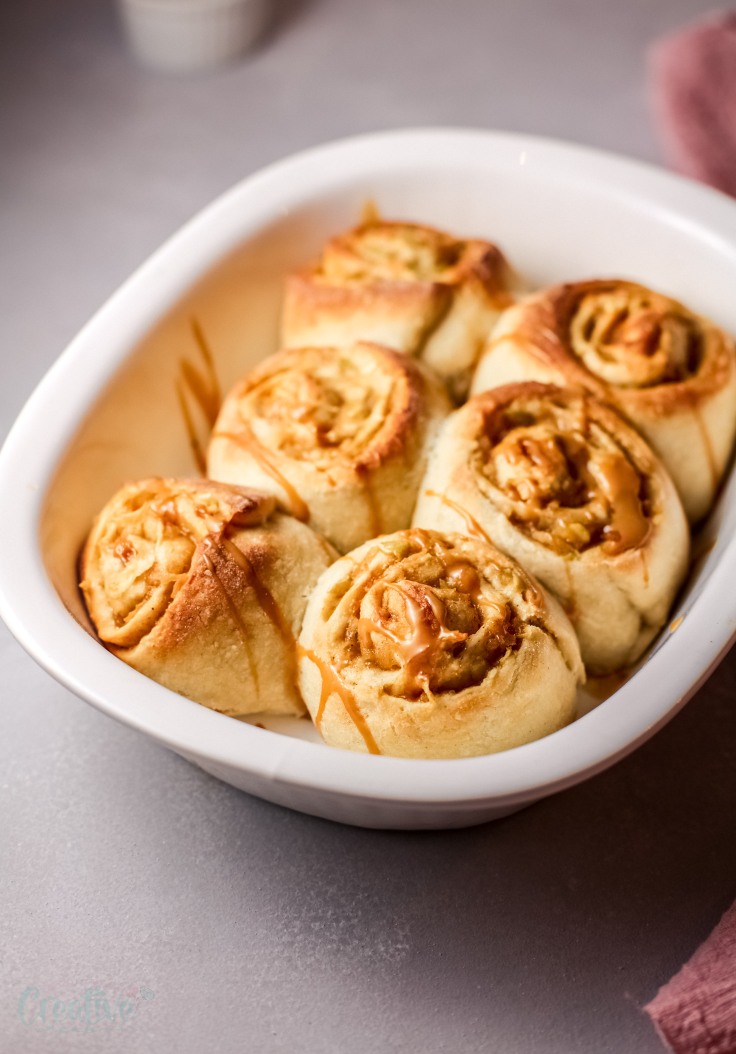 Yes!!! I mean, they only take less than 2 hours to make from start to finish, so there’s no need to feel pressured to make them in advance.

However, if you prefer to have everything ready to go, then these rolls are going to become your best friends. Just follow all the steps and stop right before baking. Wrap tightly with plastic wrap and take it to the freezer. They will last up to 4 months (but I’m sure you’ll want to eat them before).

Once you are ready to serve, take them from the freezer to oven and bake for around 45 minutes or until done. 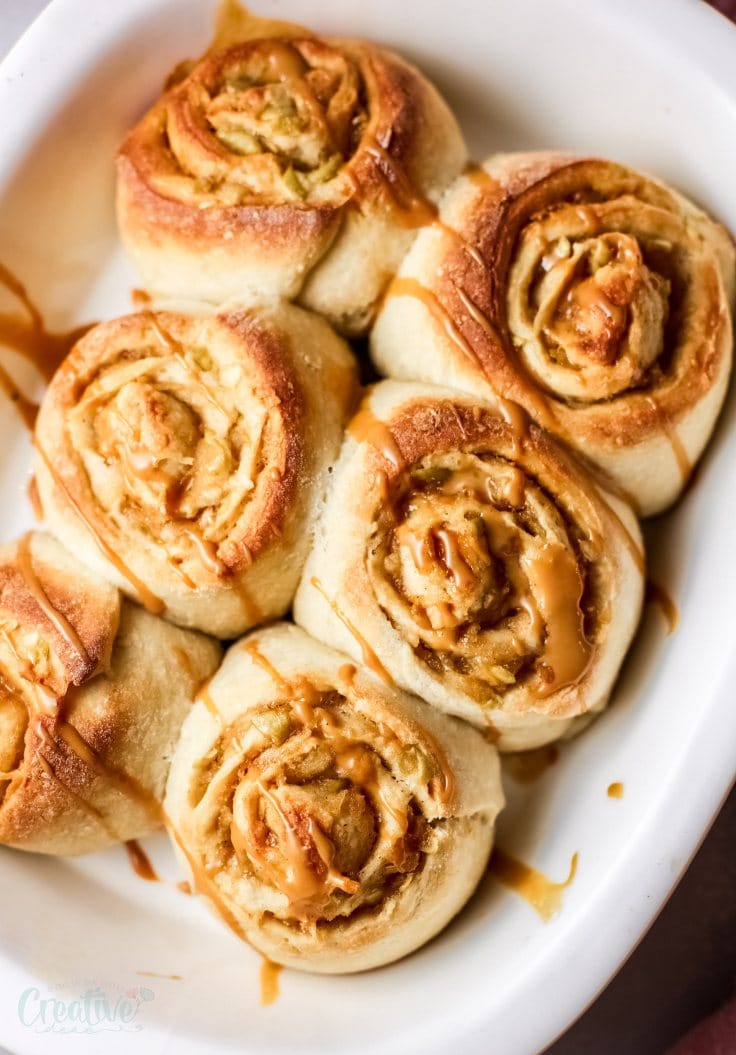 To make my delicious buns I made my own dough so these rolls are made from scratch. For the dough you’ll need flour, sugar, yeast, butter, egg and milk. For the filing you’ll use apples, cinnamon, vanilla extract, ginger, nutmeg, clove, butter and applesauce. And of course you’ll need to have caramel sauce!

In a bowl combine all the dough ingredients until a soft dough forms. Take to a floured surface and knead for 10 minutes or until an elastic and soft ball is formed. Transfer to the mixing bowl and cover with a cloth. Let it rise for 30 minutes.

Meanwhile, prepare the filling. Combine the apple, spices, butter, and applesauce in a small pot over medium heat. Cook for around 8 minutes, stirring constantly. Remove from fire and set aside.

Assembly the rolls. With the help of a rolling pin, roll the dough into a rectangle. Spread with caramel sauce and top with the cooked apple pie mix.

Roll the cinnamon rolls into a log and cut into 12 pieces. Cover and let it rise for 15 minutes.
Preheat oven to 350 degrees. Take rolls to the oven and bake for 25 minutes or until golden brown and done. 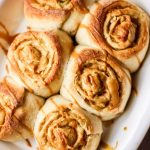 Hi.
Could I use a bought Pie crust ?? This I want to make soon. I have a galley kitchen and little counter space, hence the bought one. Really Want to Make this…Looks so delicious!!

Hi Marie. I think you can but need to bake as per the package. 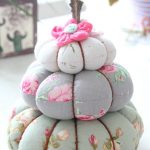 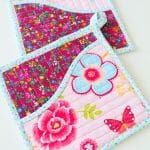 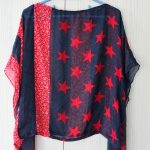 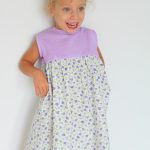