If you’ve been looking for an easy tutorial to help you learn attaching bias tape, this is it! Sewing binding both single fold and double fold is fun and enjoyable once you get the hang of it! Here’s how to sew double fold bias tape! 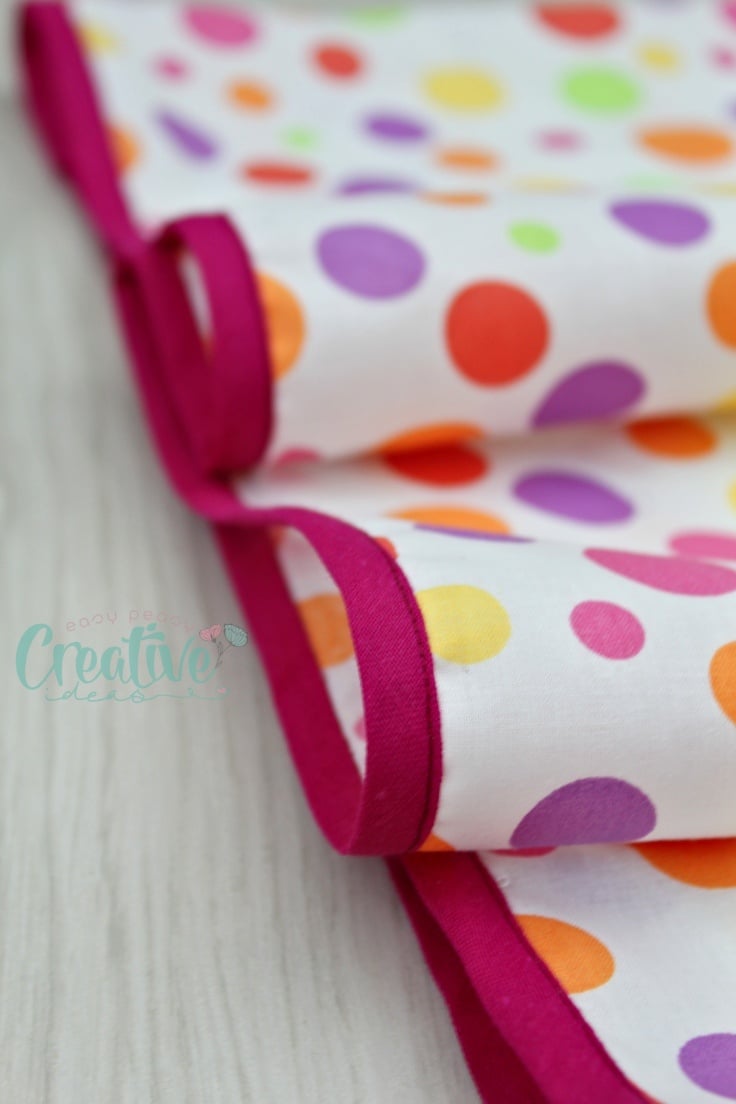 The principle is pretty similar but double fold bias is mainly used to enclose/finish raw edges while single fold bias is used more for decorative purposes, much like a trim or on the inside of garments, for necklines or armholes. Using bias for the latter will give the garment a more neat and professional look once finished.

Check out the rest of the Bias tape series: 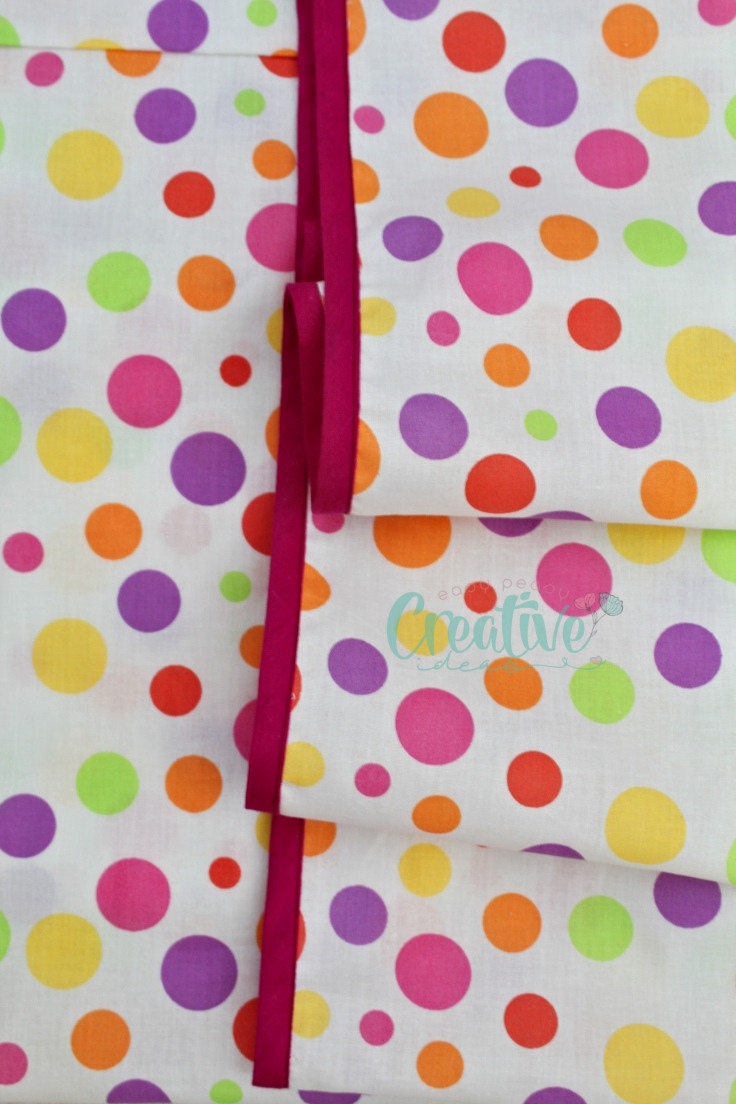 And now it’s time to show you how I do a bias tape hem. I made a reversible skirt for Ellie (which I will be showing soon so check back later for that tutorial) and I wanted to finish the hems on two different ways. I thought it’s a wonderful opportunity to show you how to sew double fold bias tape so I used double bias to finish one of the skirts instead of a regular hem.

Bottom line is, using bias tape to finish edges can be done in countless ways! Just embrace your creativity and follow your fashion sense when it comes to applying it to garments, be it as a decorative or for more functional purposes like hiding raw edges or seams. Now let’s see how to sew double fold bias tape to finish a hem! 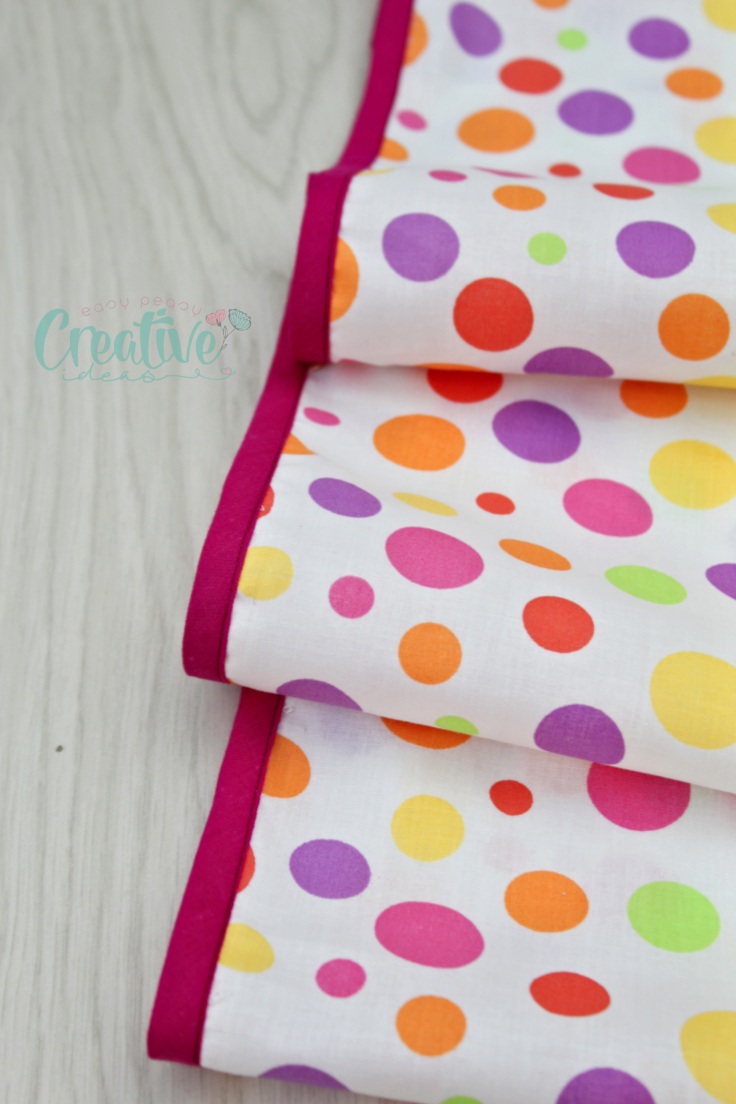 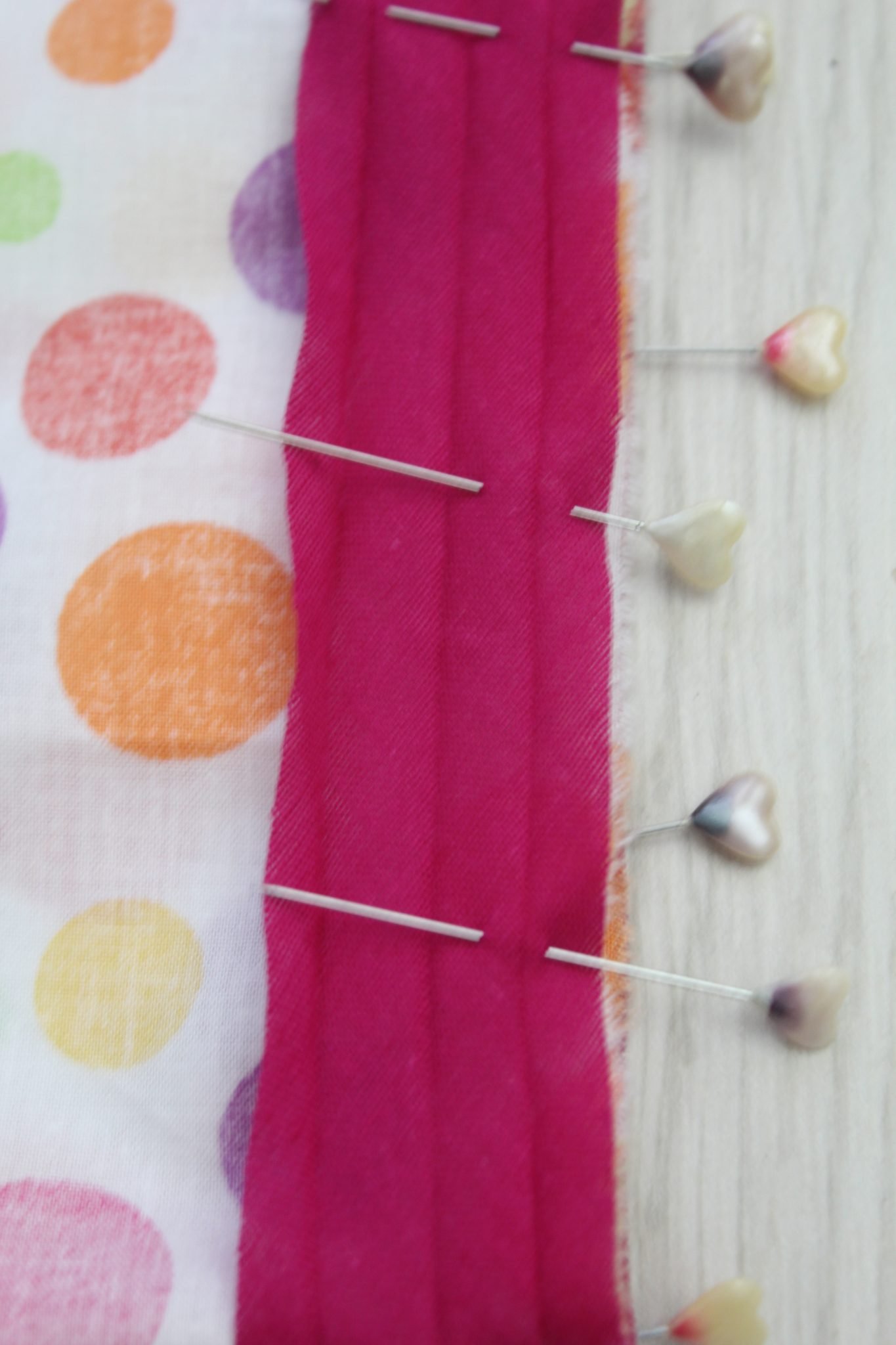 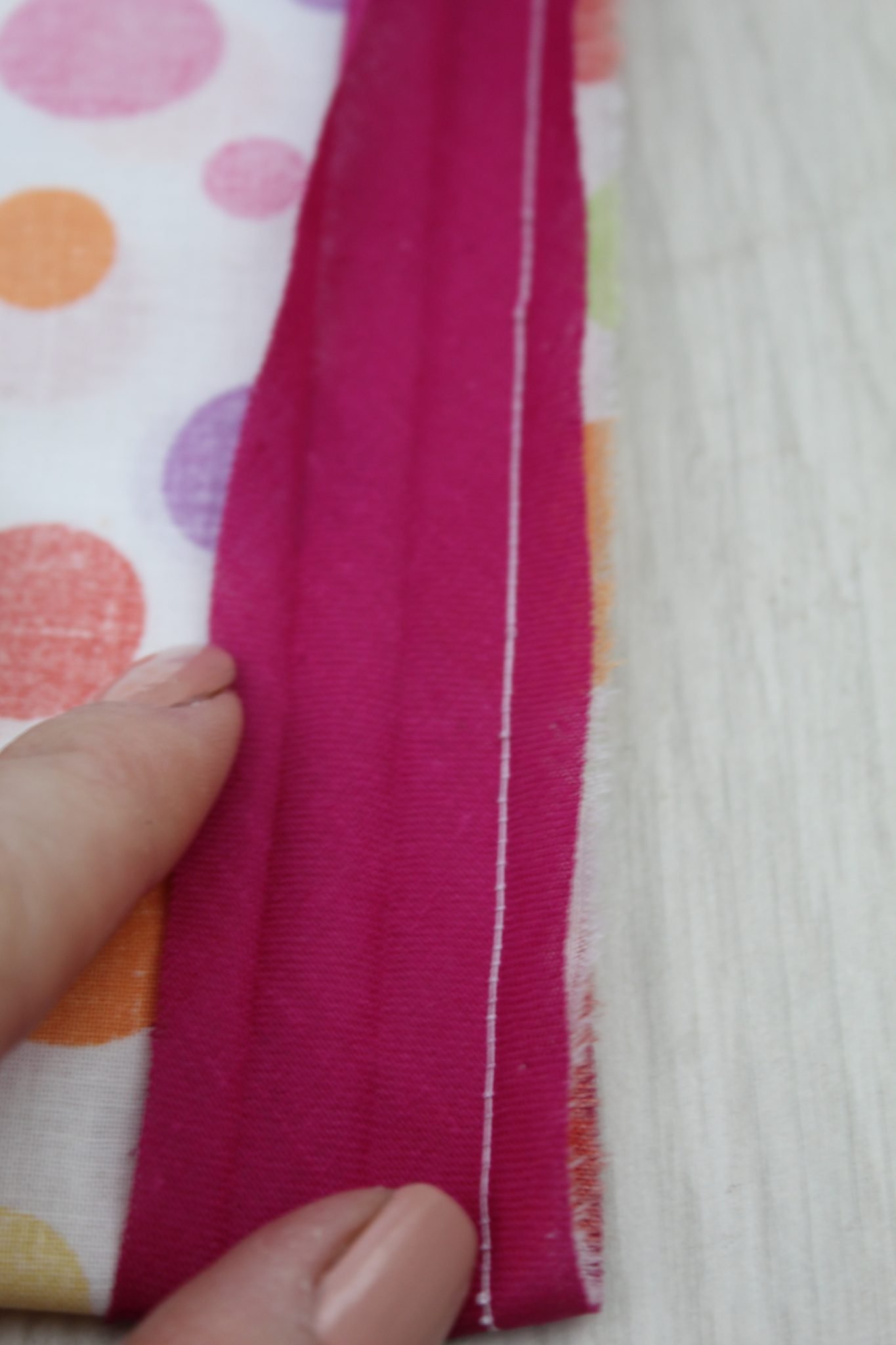 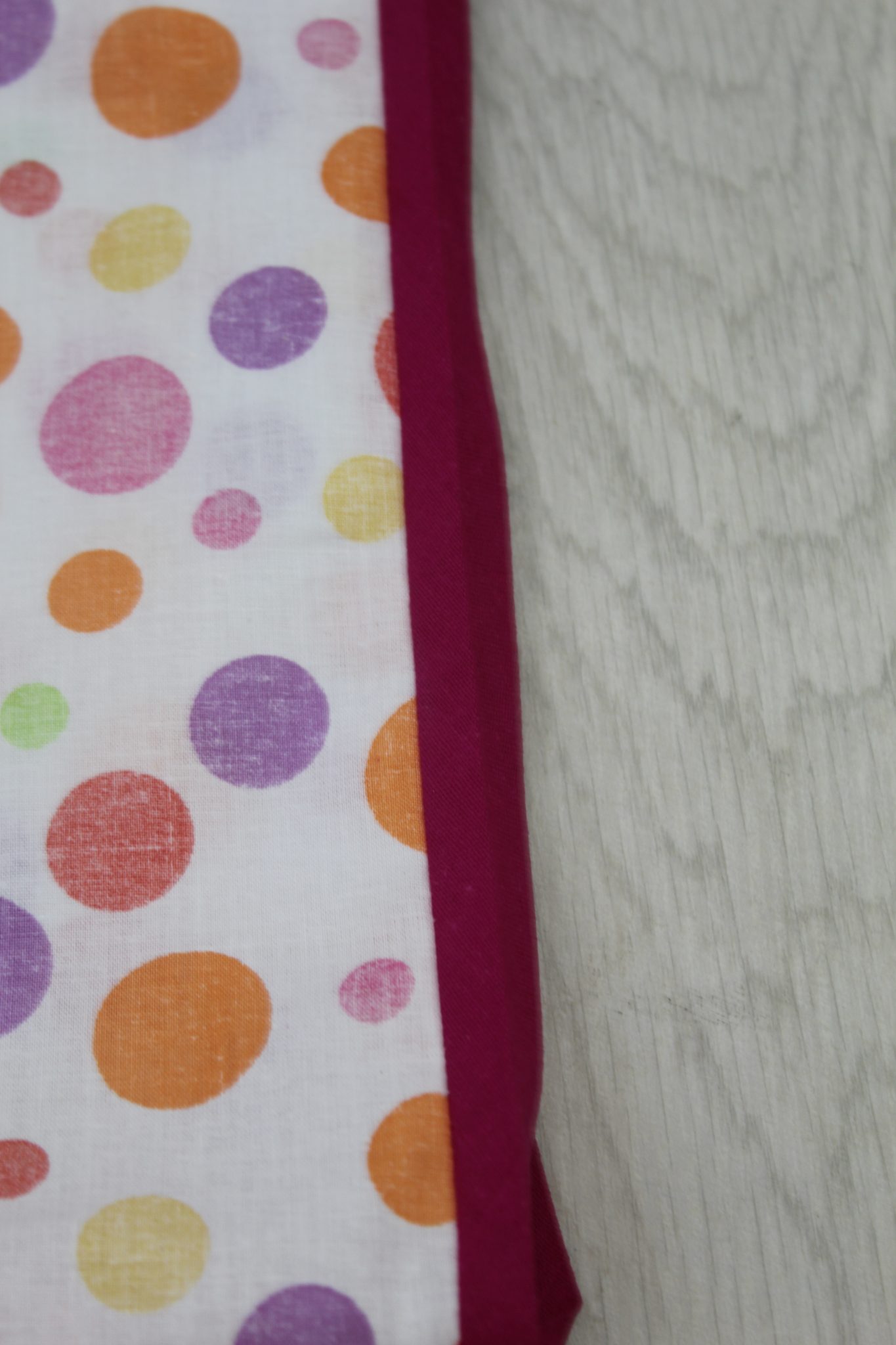 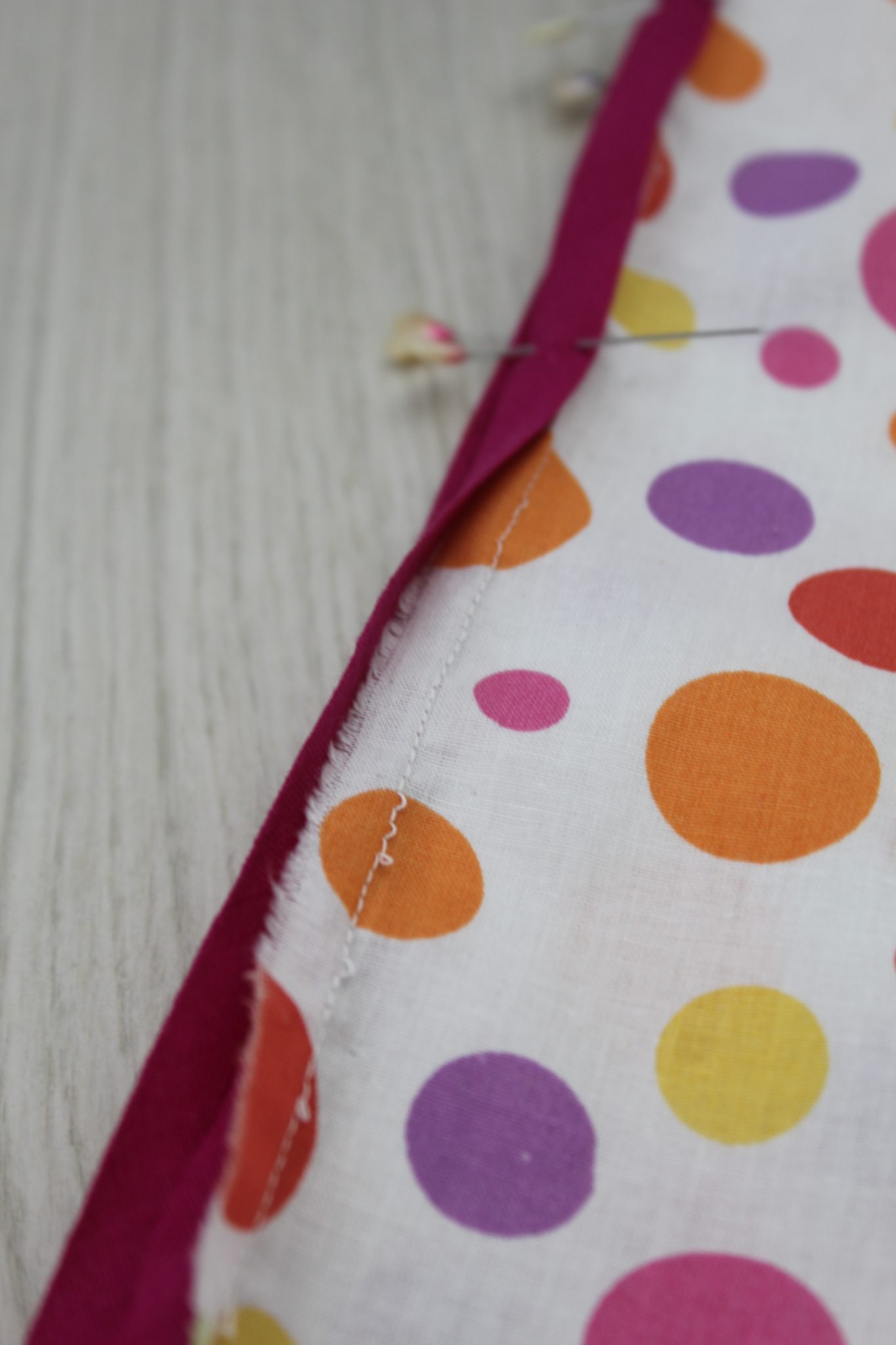 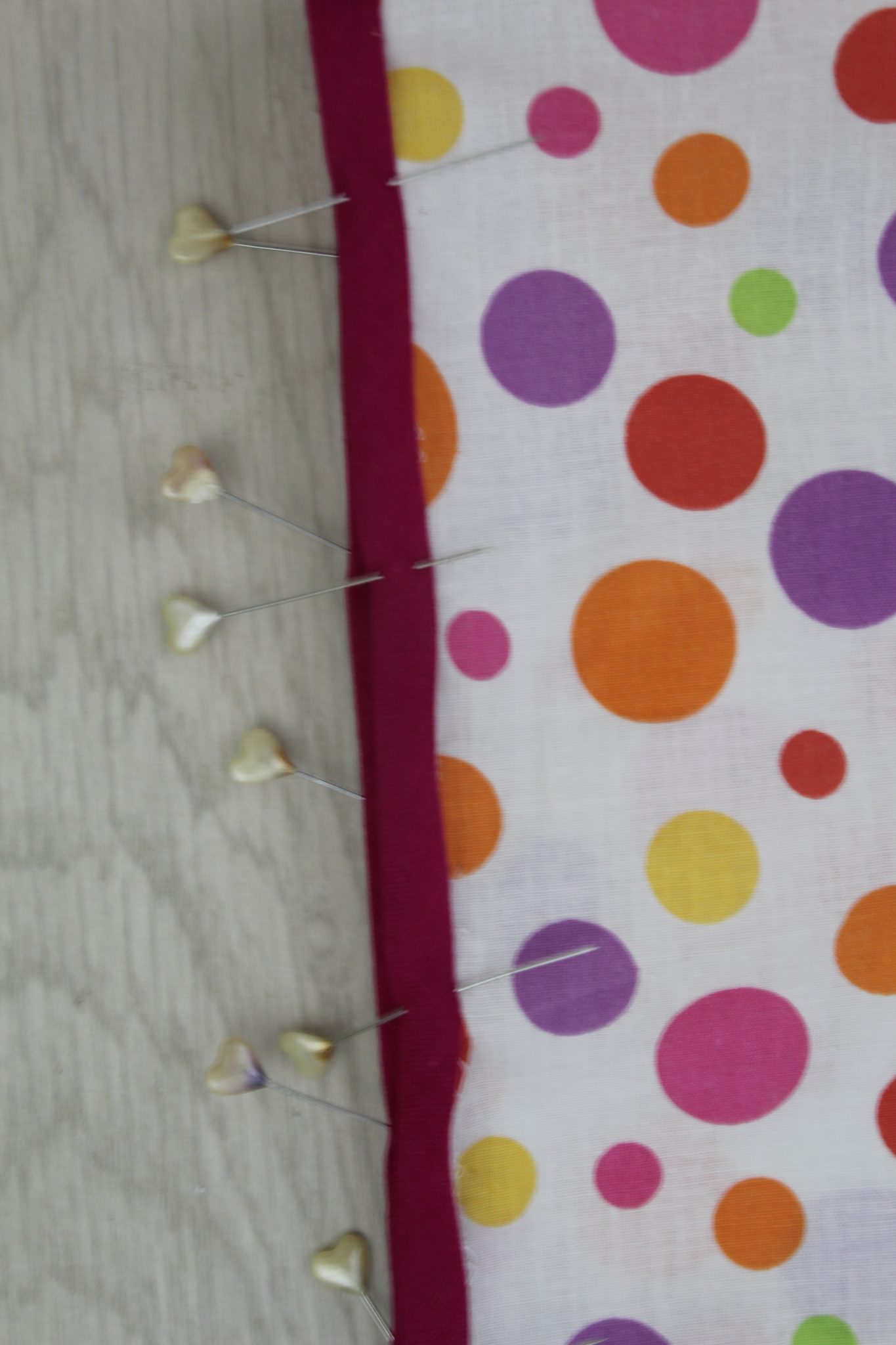 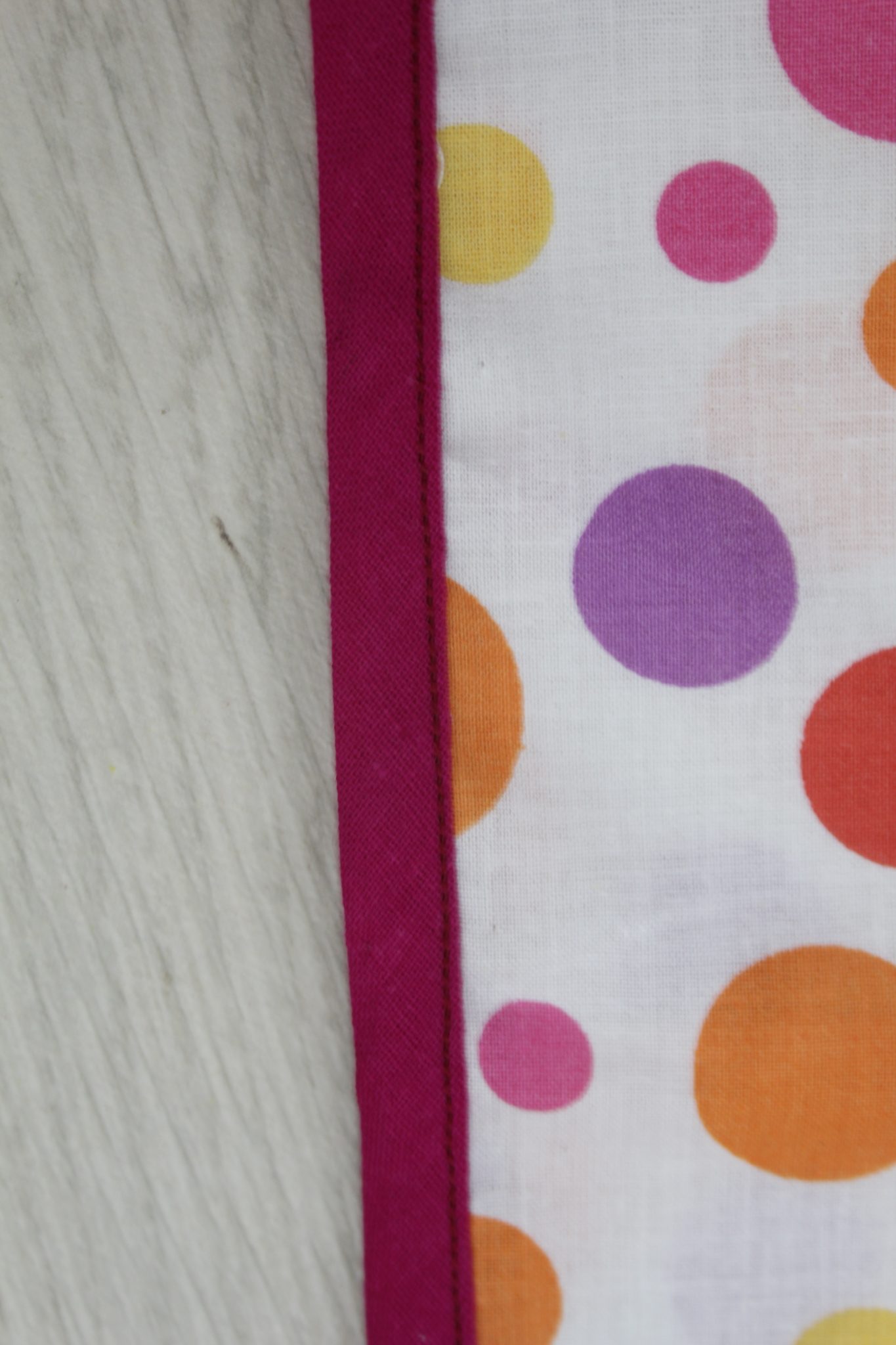 And that’s it! This is how to sew double fold bias tape! If you found this tutorial helpful, please let me know in the comment section below and don’t forget to rate it!

Thank you. So easy to follow. The instructions and photos are very clear.

Thanks for the helpful tutorial. I taught myself how to use double bias, so it is good to know I was sewing it correctly all this time. I also want to thank you for all your tutorials, they are extremely helpful, and I refer to them often.

Thanks so much, Karen! I’m really happy that you enjoy my tutorials!

Thanks for the tutorial. The pictures are nice and big and very helpful!

Hi, Terri! Thanks so much for your wonderful comment! I’m glad my tutorial was helpful and easy to follow!

The tutorial doesn’t show how to attach the two ends together when they meet. ??????

Hi Lou. This tutorial doesn’t show how to join bias ends because the topic is already covered in another tutorial. Link to that tutorial is mentioned in this tutorial but here it is again for your convenience https://theseamanmom.com/joining-bias-binding-ends/

I like the simple, easy method of sewing bias binding😃.

Do you you have a resource to learn how to join, using the mitering technique, to bindi in the middle of the edge of a quilt?

Thanks so much for your anticipated help!!

Thanks, Love that you included pictures.

I thought it helped because with the pictures I can be sure to do it right now.

Thanks so much, Lauralee! That’s great information for me, confirms that step by step photos are truly important and make a tutorial so much easier to understand! Have a wonderful day! xoxo

Thanks. The visuals are always very helpful.

Thanks for that tutorial. I always wanted to know how to do that !!

Thanks, Donna! I’m glad I could help! 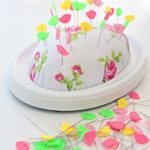 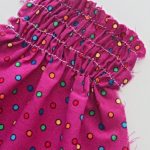 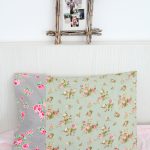 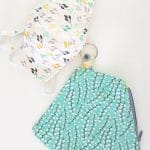